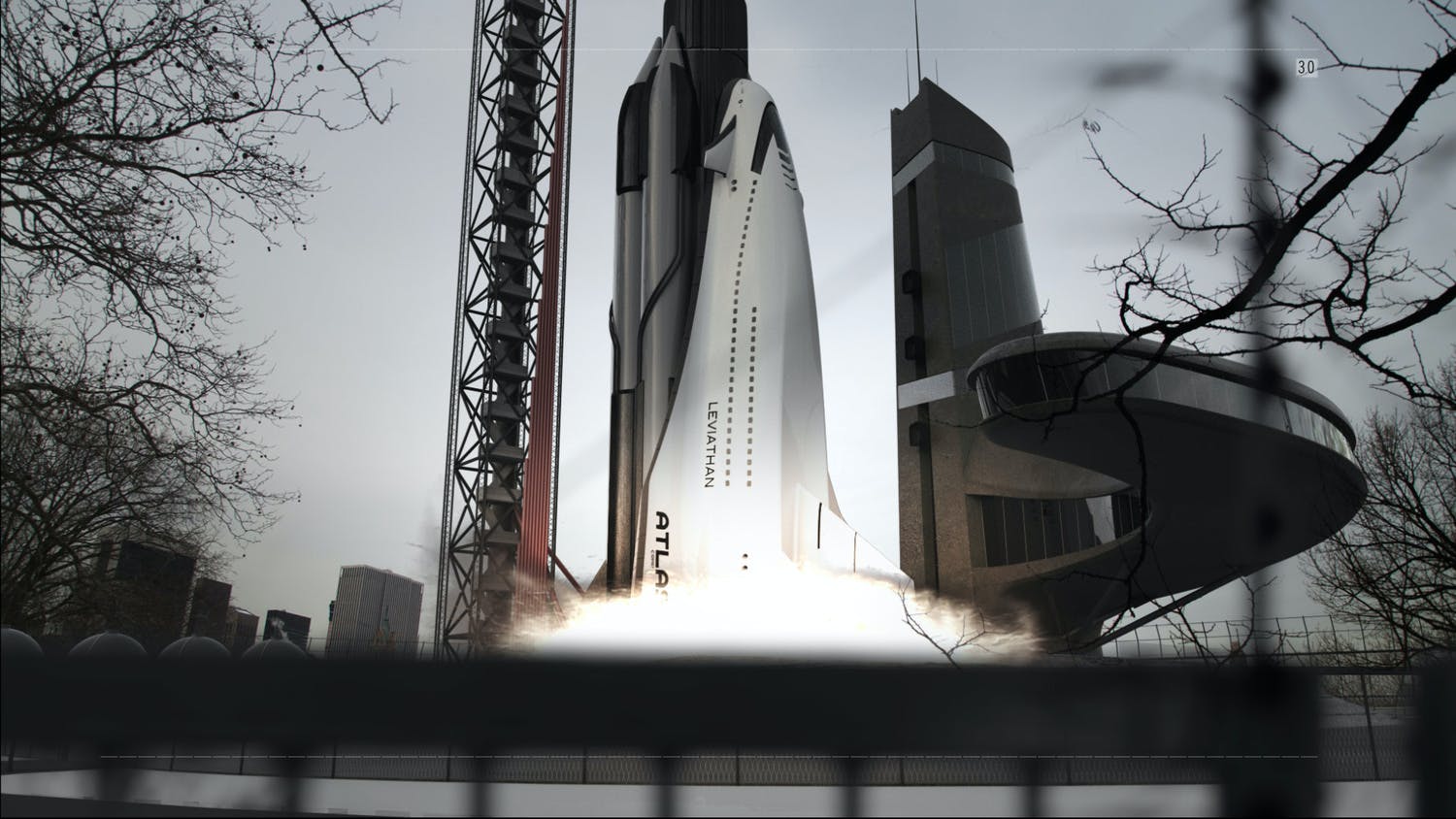 Leviathan was developed as a television series with Executive Producer Sue Naegle and her company Naegle Ink, and writer/showrunner Karl Gajdusek.  Osmosis Creative Director James Lawler partnered with writer Ian Grody to create a teaser which was used to sell the series to the SyFy Network.

In America of 2026, the gap between the haves and have-nots is more extreme than ever. While the poor struggle to scrape by, and the fabric of the nation frays dangerously at the seams, the super-elite spend massive sums of money on frivolous luxuries like commercial space tourism.On January 1, 2026, the most opulent space liner ever constructed, the Leviathan, is scheduled to depart from New York City. One week later, an alarm sounds at the Atlas Corp.

Flight Command Center in Houston. Satellite footage shows the ship exploding in a cloud of fire one hundred thousand miles from Earth, as over six hundred souls perish against the darkness of space.  Three weeks later, word comes that a piece of large wreckage has crashed into the Gulf of Mexico – noteworthy because it has hit the programmed coordinates for the autopilot trajectories of the Leviathan life craft...

Take a look at the teaser below!